Although the Chinese calendar would suggest otherwise, appears to be the year of the dog. The best of the pack, however, is the barking-mad Hungarian film White God, a riotous tale of canine revolt against their human abusers. To mark White God's release, we sniff out the Palm Dog's previous winners.

The pugnacious pup garnered attention for his role in an undercurrent of tension between two sets of neighbours, due to excellent, baritone barking. The most exciting brand new things to see in Many expected the limelight to be on the great Dane Lars Von Trier ahead of his aptly-named feature Dogville. It was a critical success, and had audiences champing at the bit. A mongrel from Mongolia was recognised in The young archduchess Marie Antoinette could have anything she desired in the world, though she valued few things more than her beloved pug Mops.

For the first time in Palm Dog history, the award was split. The mixed-breed put in a compelling performance alongside co-star Michelle Williams, on their road trip to Alaska. The puppyish Dug, who can speak English thanks to a collar that translates his thoughts into speech, charmed audiences with lines such as: "I do not like the Cone of Shame" when forced to wear an Elizabethan collar.

DH Lawrence. The Lady of the Sorrows. The Hollow Land. William Morris. Necromancy in Naat. Clark Ashton Smith. Mistress of Mistresses. Robert Louis Stevenson. A Columbus of Space. Garrett P. Wessex Poems and Other Verses. Thomas Hardy. God Of The Golden Fleece. Fred Saberhagen. The Island of the Women and Other Stories. George Mackay Brown.

Palos of the Dog Star Pack 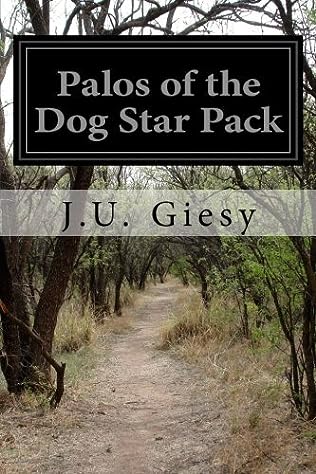 Jane Tyson Clement. The Palos Trilogy. The Mouthpiece Of Zitu.